Lost your password? Please enter your email address. You will receive a link and will create a new password via email.

Please briefly explain why you feel this question should be reported.

Please briefly explain why you feel this answer should be reported.

Please briefly explain why you feel this user should be reported. 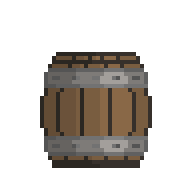 KegsRP is a deflationary Token, an NFT Project and a token that rewards holders.

KegsRP charges a 1% tax on all transactions, this Tax goes back to the issuing account which will be Blackholed. This means no new tokens can ever be issued from this address, creating a decreasing supply.

This token was in – part created to experiment with features available on the XRP Ledger for issued currencies, but in doing so the project gained a life of it’s own

Our other main goal is to provide fair and passive rewards for holders who hold a significant amount of KegsRP and are active in the community.

Our initial idea for this is a discord game that works as follows:

Every 24 hours, a “brewing competition” is held, anyone with 1000 KegsRP is considered to own enough Kegs to have their own “Brewery” and be eligible to participate. It is not yet decided whether you will need to actively “join” this competition, via discord, or whether anyone who holds 1000 KegsRP or more will automatically be joined.

Breweries would then compete to make the best Kegs of beer, which would all play out and be visible in the discord. Initially, this would be via random chance. However later we incorporate “ingredients” as a separate token which can be used to modify your brew!

The project does require token purchase to be eligible for airdrop